Earthmovers were on site from 11 am, turning the first sod to officially launch the project, which will generate enough electricity to supply 14,000 Canberra homes.

The 20MW 6 turbine wind farm has been predominantly financed by Eurus Energy Holdings Corporation of Japan and ANZ bank. Eurus will own 80% of the wind farm with the balance owned by Windlab and the local community.

Specialist Portland manufacturing company Keppel Prince Engineering has been appointed to build the state of the art wind turbine towers – one year after it was forced to make 100 staff redundant because of the downturn in renewable energy investment resulting from the Renewable Energy Target (RET) political standoff.

Vestas, the world’s largest turbine manufacturer, will deploy its new 3.3MW turbine platform for the first time in Australia with each turbine expected to generate around 13,000 MWhs of electricity per annum.

All power generated on site will supply Canberra, as part of the ACT’s Climate Change Action Plan, which requires the territory to source 90% of its electricity needs from renewable sources by 2020.

Windlab Chief Executive Officer Mr Roger Price said the Coonooer Bridge project represents the re-start of the Australian wind industry. It will be the first of around 35 wind energy projects expected to be built in Australia by 2020 to achieve the revised Renewable Energy Target.

“This major infrastructure investment program of more than $10billion will create thousands of jobs, replace aged, dirty coal generation and offset a further 15 million tonnes a year of carbon dioxide,” he said.

“Coonooer Bridge is just the beginning. This is the first project awarded a 20 year feed in tariff by the ACT Government for the supply of renewable energy to enter construction.”

“It is also the first major scale, commercially developed project in Australia to include direct community ownership, via an innovative equity consortium assembled by Windlab. We see this as a win for the local community and for the Federal Government as it strives to meet its renewable energy targets.”

Eurus Energy President and Chief Executive Officer Mr Hideyuki Inazumi said this was the company’s second major Australian wind project, following the acquisition of the Hallett 5 wind farm in South Australia from AGL. This is the first time Eurus has been involved in an Australian wind project from the start of construction. It has international wind farm and solar park assets spanning Asia, Latin America, Europe and the United States, with a collective capacity of more than 2,400 MWs.

“We are delighted to invest in this world class wind project,” he said. “This site has been selected for its extraordinary wind resource and strong community support.  It provides an outstanding opportunity to help us achieve our growth ambitions for the Australian market.”

Keppel Prince Engineering’s General Manager Mr Steve Garner said the project was a “lifeline” for the company’s tower manufacturing division as well as a vote of confidence in its renewable energy business.

“This high value manufacturing project will enable Keppel Prince to recontract some of the staff members we were forced to make redundant in 2014,” he said.

“We are confident this Coonooer Bridge project will be a great example of the renewable energy opportunity that now exists under revised RET and will further provide impetus for many similar projects over the course of this decade.”

Construction is expected to be completed by early next year, with full commercial operations underway by February 2016. 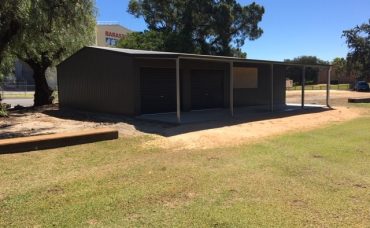